It is with both extreme happiness and sincere regret that Gannon & Scott announces the retirement of a long-time and valued employee, Don Olson. Don was the Production Manager at Gannon & Scott’s Phoenix, AZ precious metals refining facility.

A Coast Guard veteran who was stationed at Pt. Judith, RI, Don began his career in precious metals refining with Handy & Harman in 1971. Don held a number of supervisory positions with Handy & Harman, at their Attleboro, MA location. In 1990, he and his family relocated to Arizona, where Don continued his career at Handy’s Phoenix plant.

In 2000, Gannon & Scott acquired the Phoenix plant and fortunate to be able to retain Don’s services. He quickly became a trusted and valued member of our team.

Don is admired by everyone at Gannon & Scott. Several of his former Handy & Harman Attleboro colleagues work for Gannon & Scott in Cranston, RI and late last year the Cranston, RI team was able to enjoy a final Christmas party in RI with Don and his wife, Dianne. The Phoenix plant held a retirement luncheon for Don in early April of this year.

Don noted recently, “I feel privileged to have had a very fulfilling career and to have had the opportunity to work with some terrific people.  My last fifteen years in the precious metals refining industry have been the most inspiring, and I am very grateful they were spent at Gannon & Scott, a truly exceptional company.”

In retirement, Don and Dianne and their dog, TiGau, will stay in Payson, Arizona, where he hopes to sharpen his woodworking skills and travel with his wife. Don and Diane’s two daughters also live in Arizona and Don and Dianne are also looking forward to spending more time with them in retirement.

Don was born in Rhode Island, and while he spent the majority of his career in Arizona, his New England roots run deep. “There is nothing better than good old New England fish and chips”, according to Don. We wish Don and his family all the best in retirement and thank him for his many years of dedicated service. 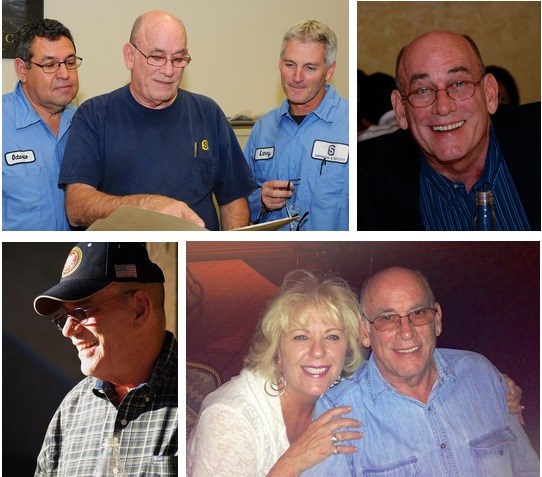