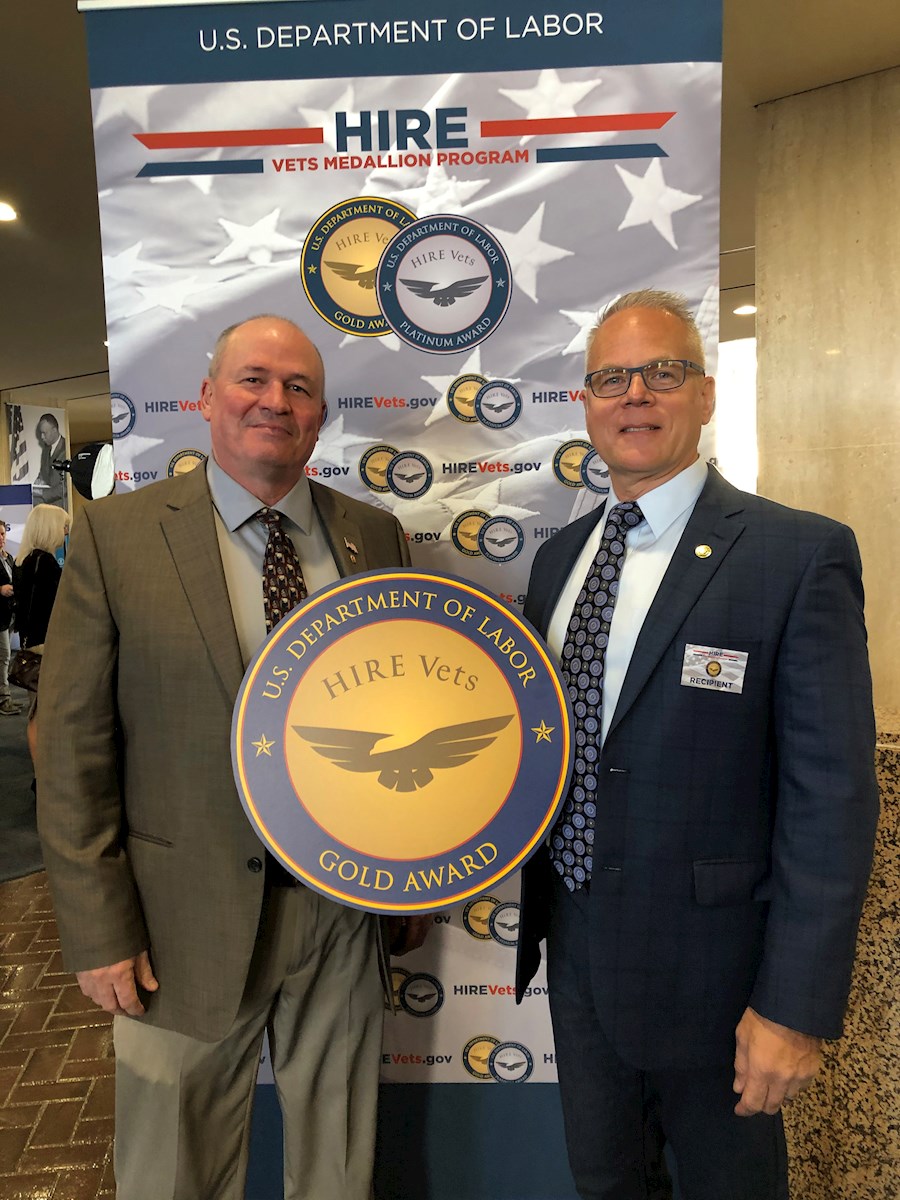 PHOENIX, AZ (November 8, 2019) -The U.S. Department of Labor recognized Gannon & Scott with a 2019 “HIRE Vets” Gold Medallion Award for its veteran hiring and retention practices over the past year. Accepting the award for the company are Laboratory Manager Dana Evans (pictured left), and George Lucas, Vice President of Sales and Business Development -- both U.S. Army veterans.

“We are proud to support our Veterans and pleased to be the first in our industry to receive the HIRE VETS Medallion Award; especially if it raises awareness about the importance of hiring veterans,” said Gannon & Scott President and U.S. Army veteran Chris Jones.