As the new plant manager of the Gannon & Scott Arizona facility, Larry is no stranger to leadership and management roles, thanks to his diverse background ranging from military intelligence to BASF and Clean Harbors. 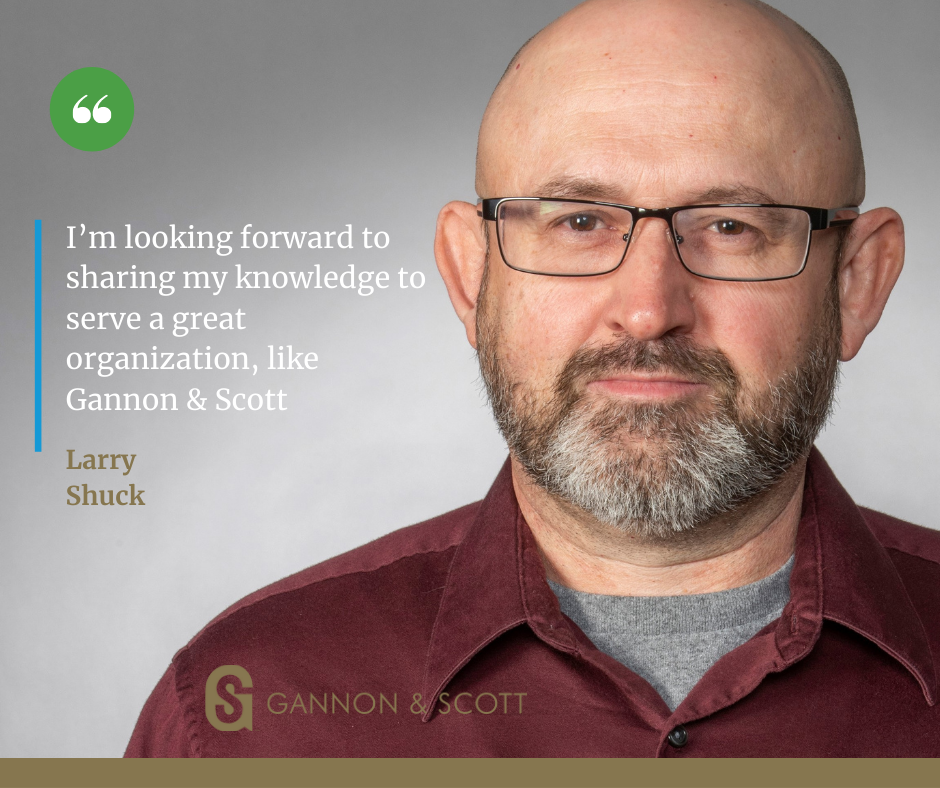 “I’m looking forward to sharing my knowledge to serve a great organization, like Gannon & Scott, to help them achieve their goals in the most efficient, effective, and safe manner possible.” Says Larry.

“One thing that we’ve learned in over 100 years of being in business is you constantly need to improve. We’re confident that Larry will bring new ideas and a fresh perspective to our operations.” Joe Peixoto, CE, Gannon & Scott.

Larry finds inspiration in one of his heroes, Linus Pauling. “To some, he may seem like an odd choice, but he’s the only person to win two unshared Nobel Prizes, one in chemistry and one for peace. He was a brilliant chemist and considered to be the father of molecular biology. That speaks to the greatness of the man.”

Larry also learned to speak both Czech and Slovak as part of his Army’s Military Intelligence training. “One of the most interesting Czech phrases I know is “Strč prst skrz krk!”, which is kind of nonsense but fun because there are no vowels. It’s more or less a tongue twister.”

If you would like to know the translation, feel free to reach out to Larry.