We at Gannon & Scott are excited to announce that John Antonacci has joined us as our Director of Marketing and Strategic Accounts. 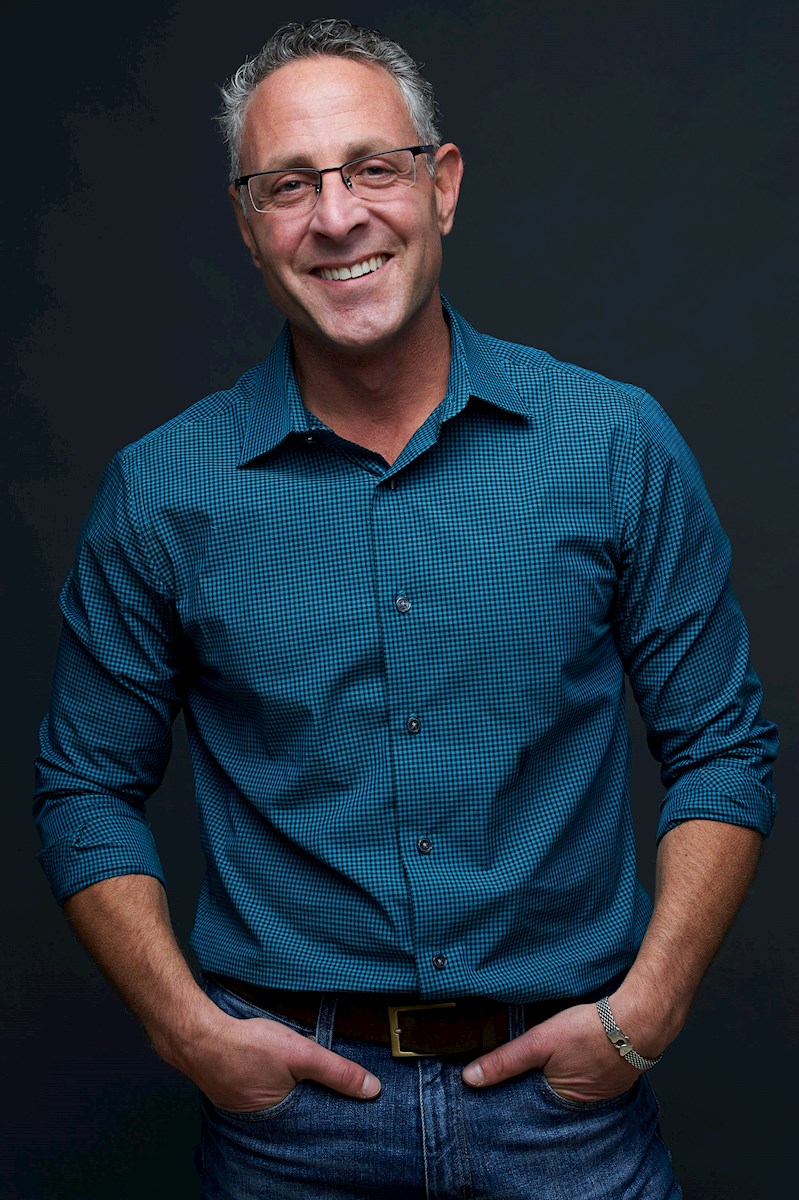 CRANSTON, RI (January, 6th 2020) – John Antonacci has been passionate about marketing since the beginning of his professional career. Over time he has had the opportunity to develop these skills with companies like AJM magazine (now the MJSA journal), Advanced Chemical Company, and Animus Studios, a video marketing company. John was fortunate to acquire additional knowledge by hosting authors, CMO’s and other talented marketers as the co-host of the Podcast “The Video Jungle.”

“In this new position at Gannon & Scott, John’s sales and marketing background coupled with his extensive experience in precious metals makes him the perfect fit. With his expertise, we are looking forward to creating an even stronger presence in the precious metal markets.” George Lucas, VP of Sales and Business Development, Gannon & Scott.
John has served on the Board of Directors for MJSA (Manufacturers Jewelers Suppliers Association) and the Providence Jewelers Club. He has also given marketing seminars at several industry events discussing topics such as “Telling your Brand’s Story” and “Video Marketing Strategies.”
Gannon & Scott serves customers across North America, processing, assaying and recovering precious metals from a range of spent materials at its facilities in Phoenix, Arizona, and Cranston, Rhode Island. 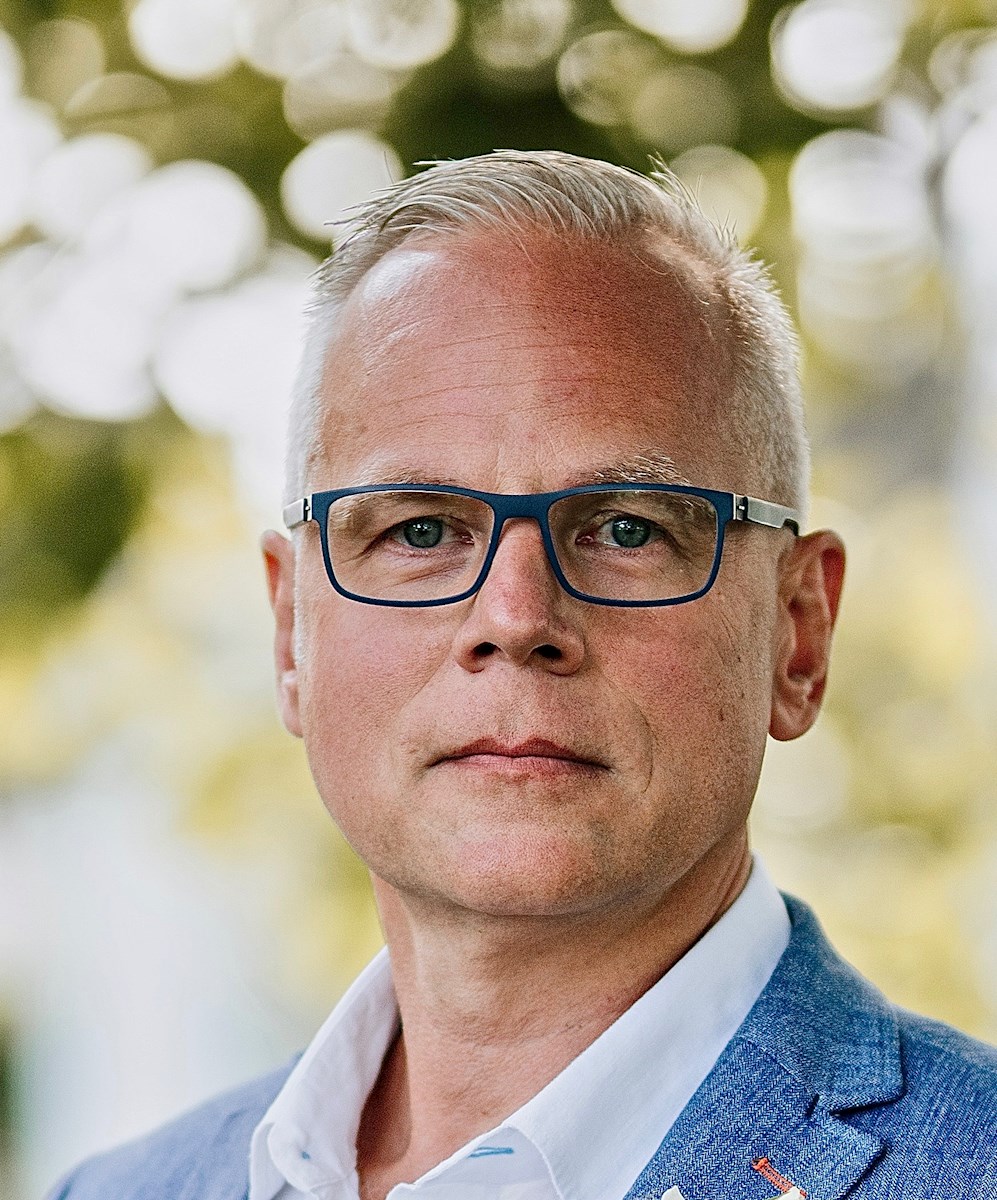 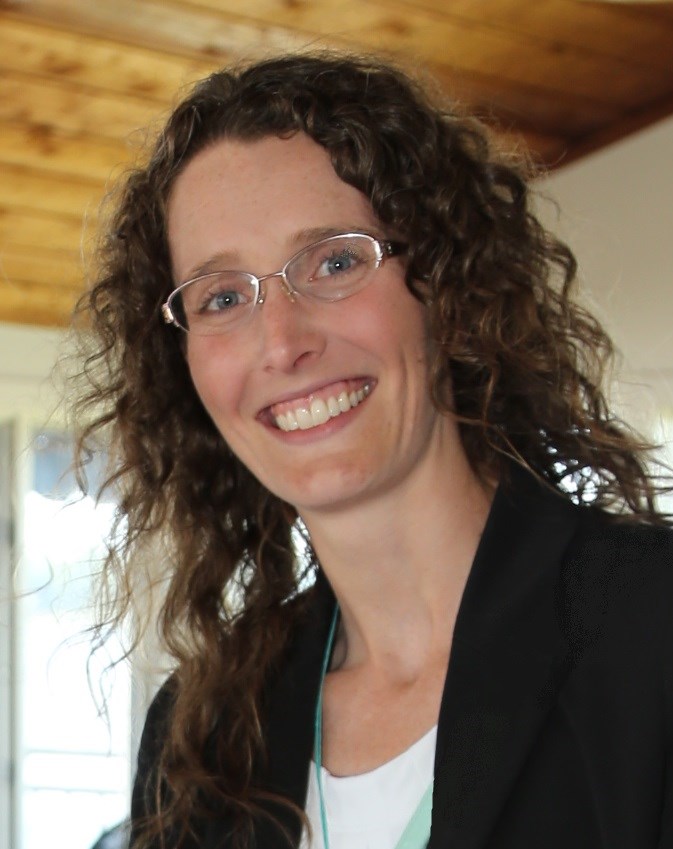 We at Gannon and Scott are pleased to announce that Michelle Cullion has joined our Cranston, Rhode Island team as Senior Vice President.

She will manage the daily operations of the administrative group, compliance requirements, and assist with financial reporting management.

Join us in welcoming Michelle to the Gannon & Scott team.

CRANSTON, RI – May, 2018 – David Deuel, CFO, is pleased to announce that Michelle I. Cullion recently joined Gannon & Scott as Senior Vice President - Administration. She will manage the daily operations of the administrative group, provide metrics and reporting support, and coordinate and manage Anti-Money Laundering and Know Your Customer compliance. She will also assist with financial reporting requirements and managing relationships with banks, vendors and customers.

Cullion holds a Bachelor of Science in Business Administration from Bryant University.  She also earned her Master of Science in Taxation from Bryant University and has been a Certified Public Accountant since 2009.  Michelle is a graduate of the 2010 AICPA leadership Academy and a former board member of the RI Society of CPAs. Michelle’s extensive public accounting experience focused on financial statement reporting and taxation issues for both privately held companies and individuals. She was previously with the accounting firm DiSanto, Priest & Co. for more than 10 years.

Michelle and her family live in Richmond, RI. 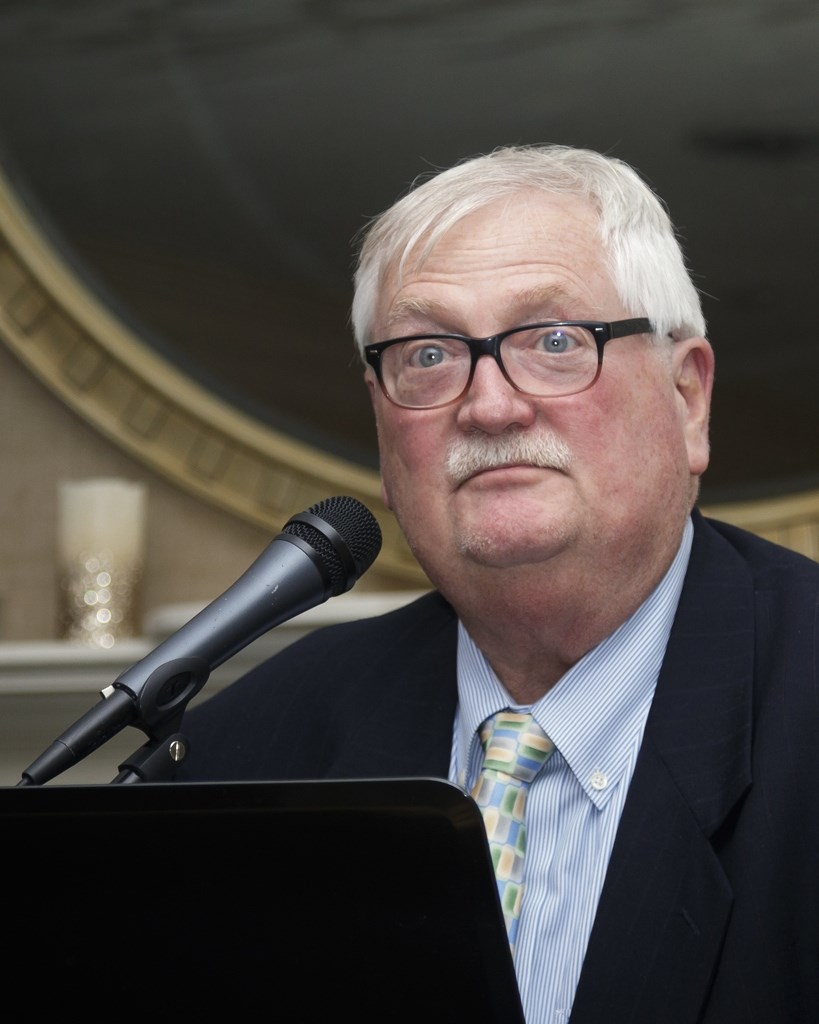 Gannon & Scott is both pleased and sad to announce the recent retirement of John H. King, Executive Vice President and CFO.

John joined Gannon & Scott in 2000, and was instrumental in the success of the company’s expansion to Phoenix, AZ. John also drove the acquisition of a second facility in Cranston, RI, which features the one of the most sophisticated environmental control systems in the refining industry; the facility also has almost an acre of solar panels generating green energy for the local power grid.

John began his 45-year career in the precious metals industry in the early 1970s at the Citibank precious metals depository in New York City, after serving in the U.S. Army from 1968-1970. At the time, it was the largest commercial depository in the country. In 1979, under John’s guidance, Citibank introduced a successful retail Precious Metals Certificate program, which was prominently featured in Citibank’s 1979 Annual Report. 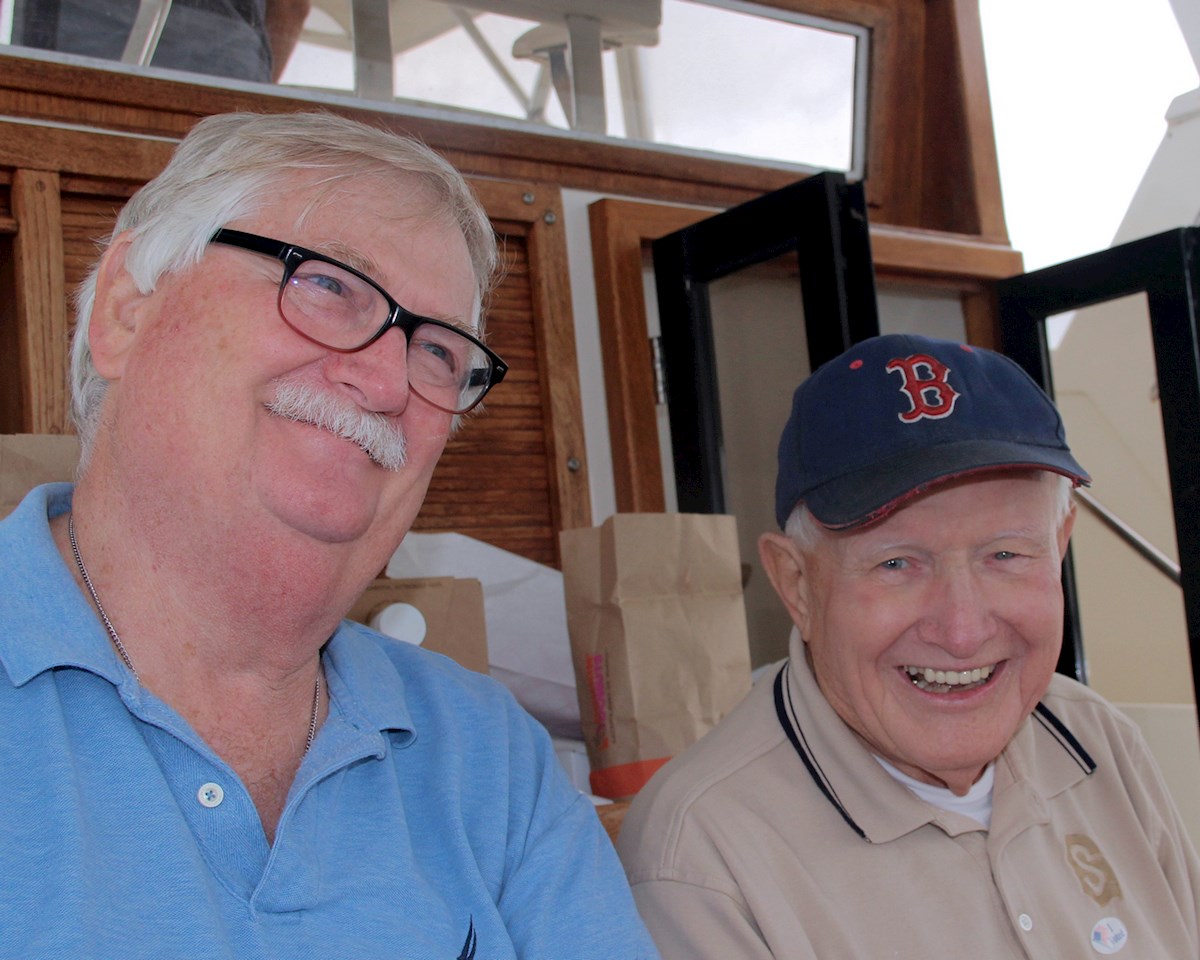 In 1984 John relocated to Rhode Island to manage the operations of Fleet Bank’s precious metals unit. At Fleet, John managed the project to automate the unit’s manual accounting system. Under his guidance, the operation became a separate legal entity and supported a lending unit that grew to over $1.5 Billion in commitments.

In addition to his extensive experience working in precious metals and his service to his country, John was a tireless volunteer, both within and outside the industry.

In addition to various other leadership roles, John served as President of the local chapter of the International Precious Metals Institute (IPMI) for more than 10 years, and has been an active member of the national IPMI organization. 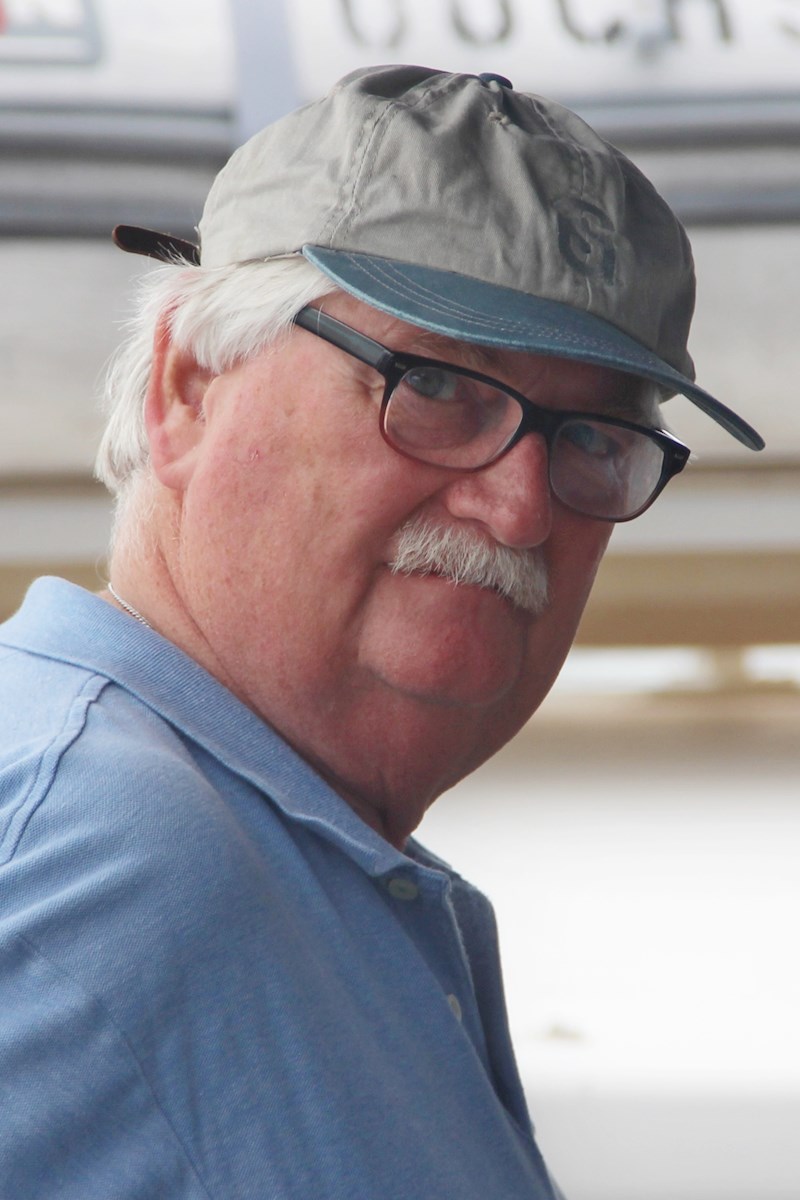 Under John’s leadership, the New England Chapter of the IPMI developed an annual event to support local jewelry design efforts with an annual Jewelry Design Competition that provides scholarships and support to New England university students and programs involved in jewelry design.

In addition to his professional charitable endeavors, John was also a founding member of the original Board of Directors of the Providence Ronald McDonald House (PRMH). John served on the board for over 10 years, including the critical first several years when the PRMH was built as a result of a successful capital campaign.

John and his wife, Linda, devote numerous hours to the success of the PRMH, and its continued growth and success remain a fitting testimony to John’s dedication and efforts. John also served as Treasurer of the RI Youth Soccer Association. 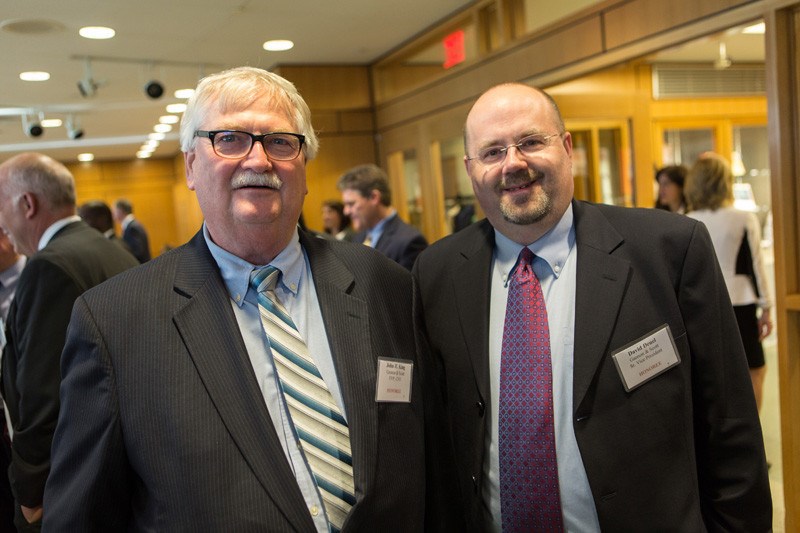 At Gannon & Scott, John has shared his talents and drive to help guide the company from a traditional secondary precious metals refiner to the powerhouse it is now - one that serves a multitude of industries, from traditional jewelry manufacturers to electronic scrap recyclers to global manufacturers of medical and electronic devices.

As a key member of the executive management team, John’s impact on Gannon & Scott will continue long after his retirement.

“He will be missed by many in the industry, but by none as much as his colleagues at Gannon & Scott,” noted Margaret Gannon-Jones, Chairman of Gannon & Scott. 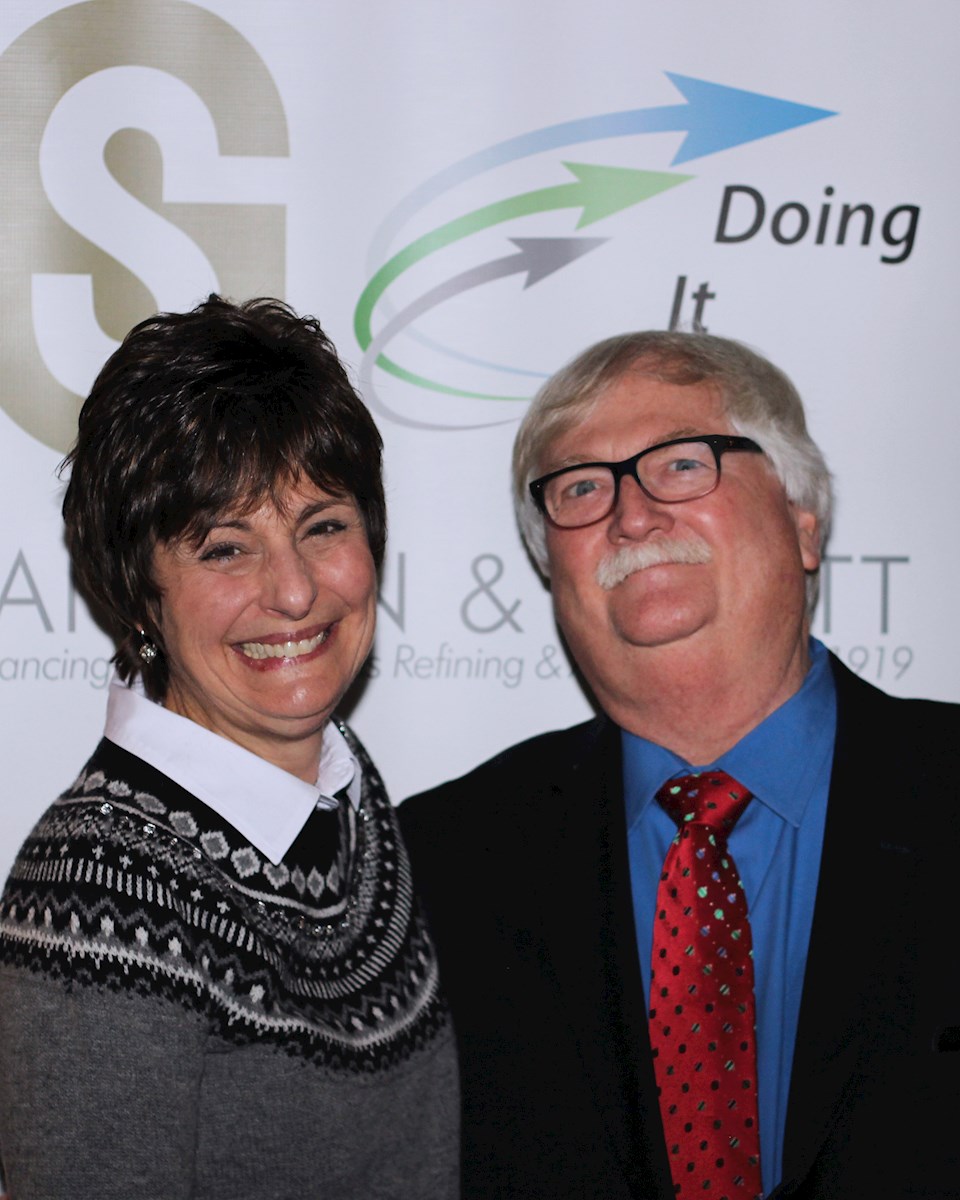 “The entire company is both pleased for John and his accomplishments, but saddened that we will no longer see him every day,” said Joe Peixoto, CEO. “We are all grateful to have been able share the last few years of John’s illustrious career in the precious metals industry.”

John and his wife Linda reside in North Kingstown, RI. They plan on traveling and spending time with their two grandsons. 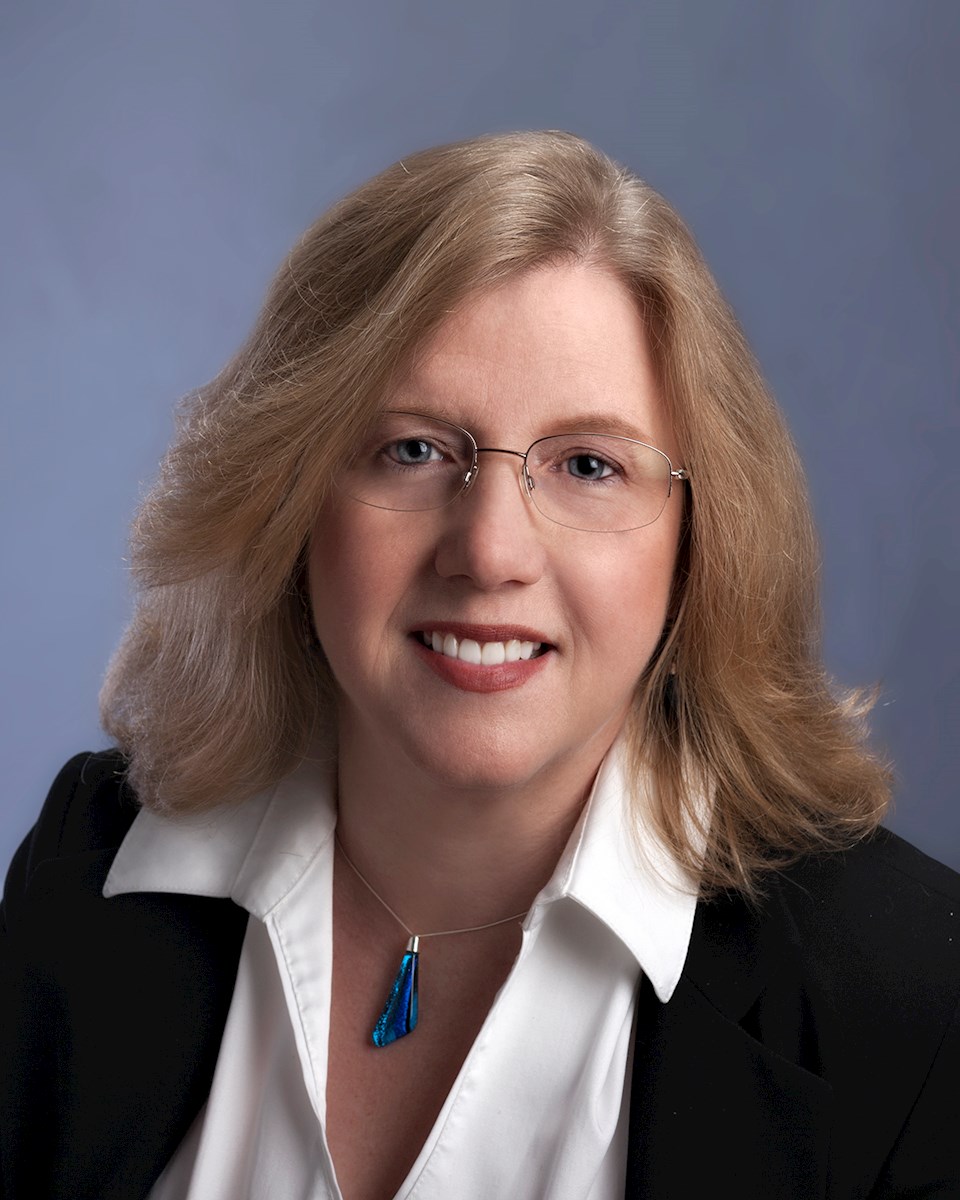 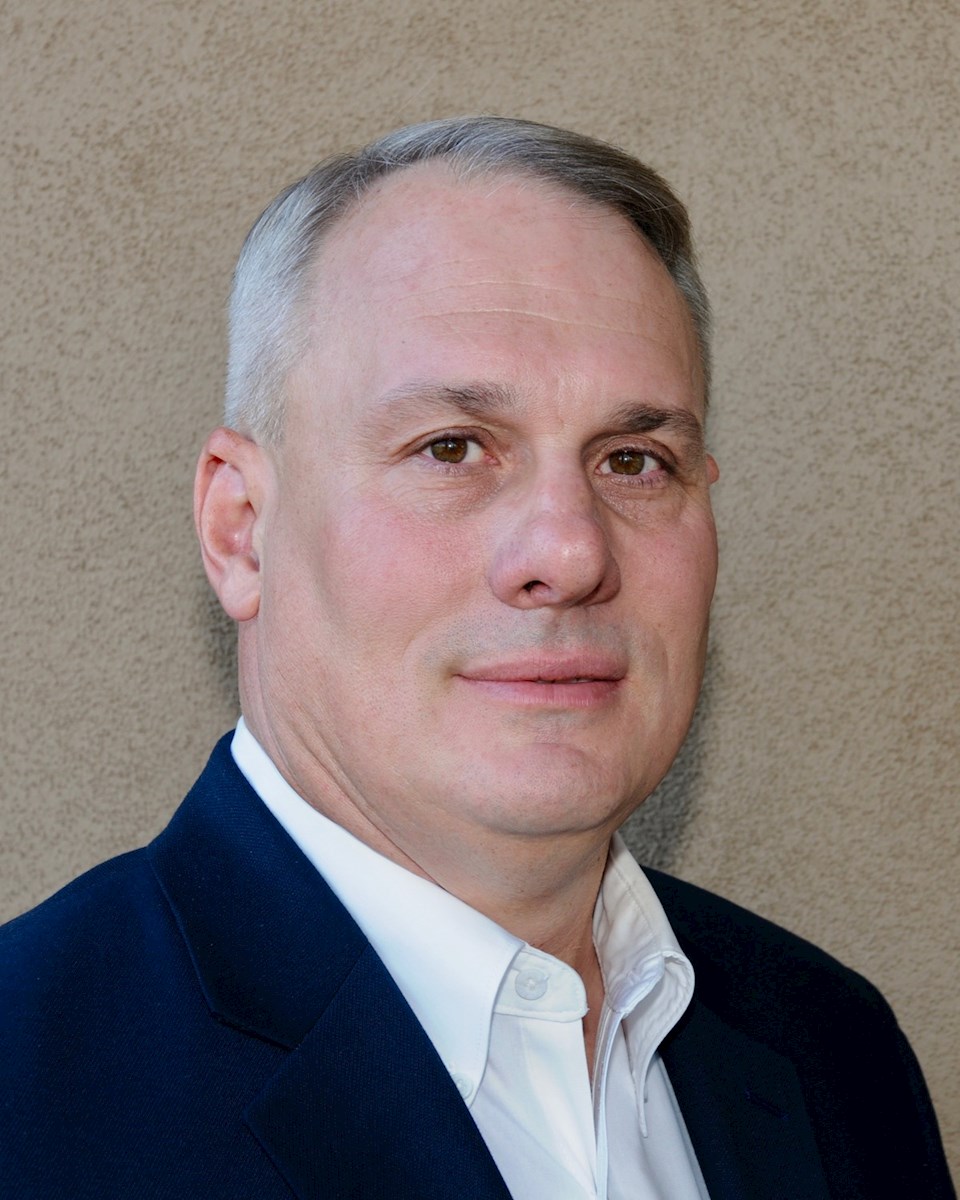 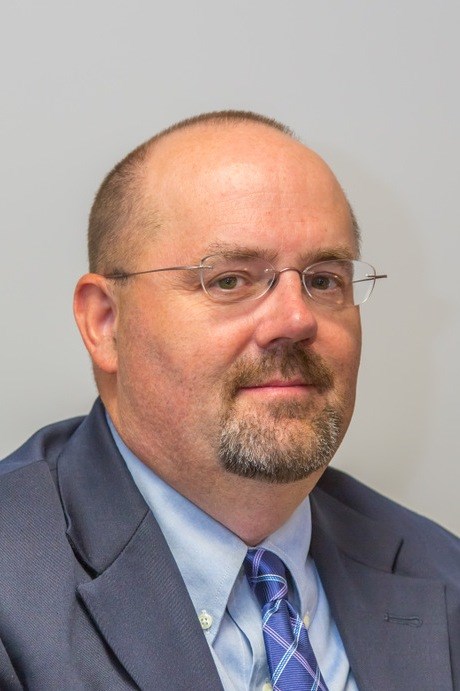 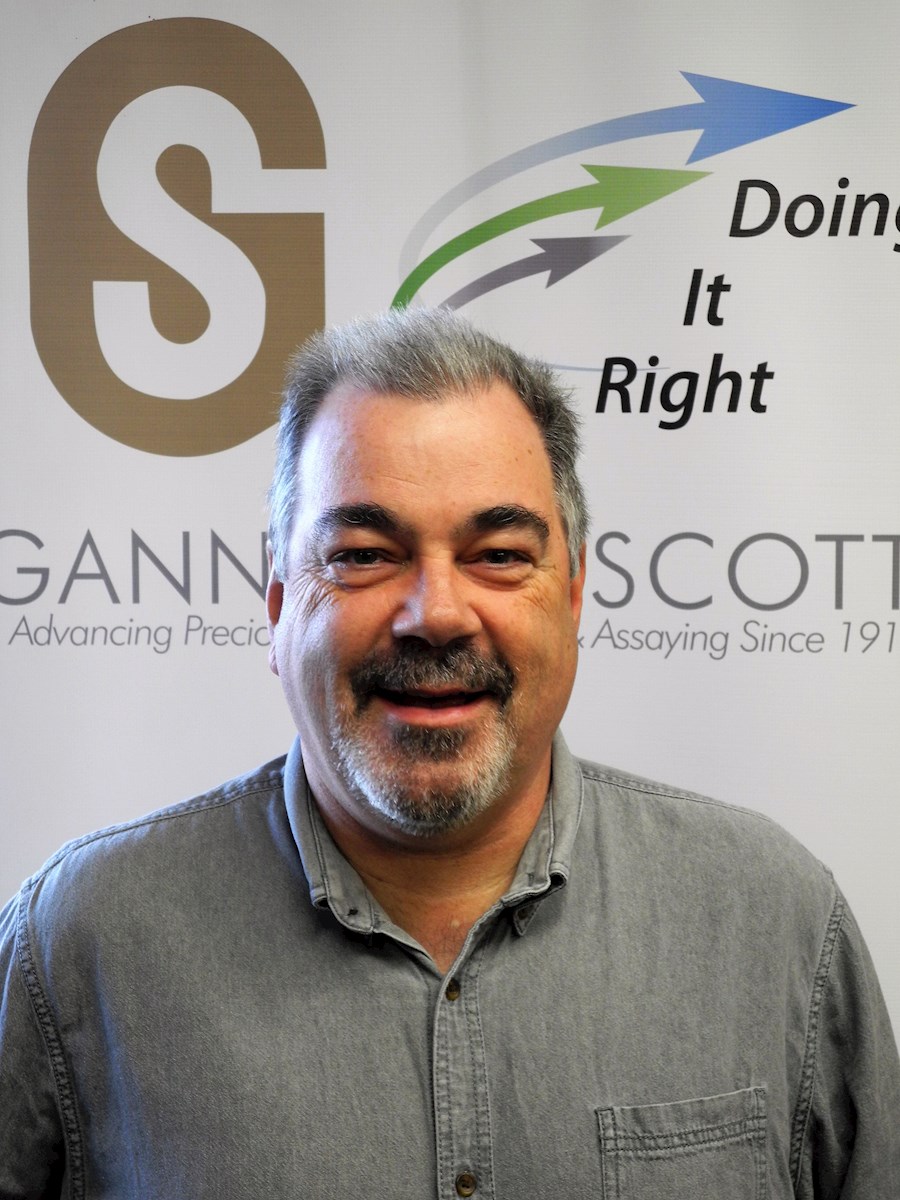 Gannon & Scott is pleased to announce that Knut Nerheim has joined our team in Phoenix, Arizona.

Knut brings a wealth of managerial and process safety experience and will be responsible managing the physical plant operation of the Phoenix, Arizona Refining Plant.

Please join us in welcoming Knut to the Gannon & Scott team.

PHOENIX, AZ - January, 2017 - Knut Nerheim recently joined Gannon & Scott as Plant Manager of the Phoenix AZ Refining Plant. Knut holds a Bachelor Degree in Mechanical Engineering from Arizona State University, an MBA from University of Phoenix and is a Registered Professional Engineer in Arizona. Knut brings nearly 30 years of experience in engineering and plant operations environments, risk management, process safety, and project management. Knut joins us from Linde Group, a manufacturer of specialty and industrial gases. Knut is also a volunteer fire fighter for the Crown King Fire Department and presently serves as Captain of the departments water tender apparatus. 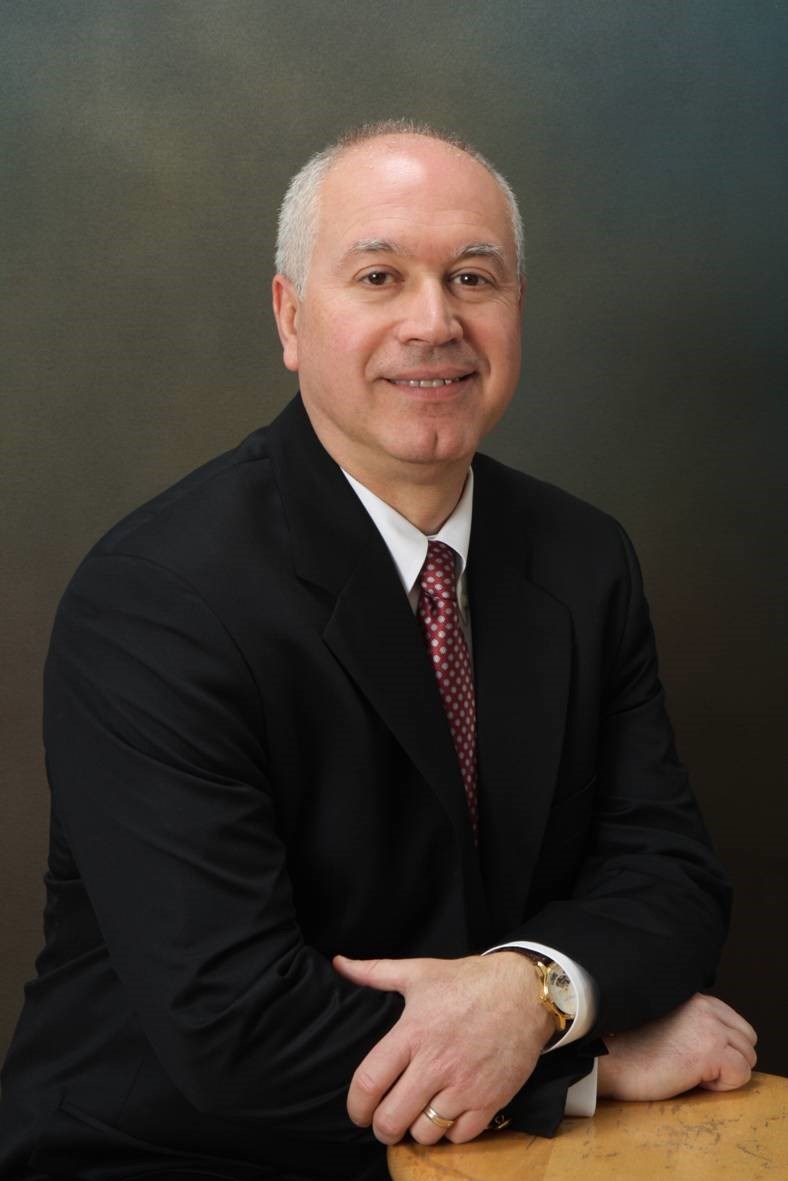 We at Gannon and Scott are pleased to announce that Joseph O. Peixoto  has been named Chief Executive Officer.

Peixoto has been with Gannon & Scott for more than ten years, previously serving as General Manager with responsibility for production operations in both Cranston, RI and Phoenix, AZ.

Join us in congratulating Joe, and wish him great success in his new position.

CRANSTON, RI – April, 2016 – Gannon & Scott Inc., recyclers and refiners of precious metals, is pleased to announce that Joseph O. Peixoto of Dighton, MA has been named Chief Executive Officer. Peixoto has been with Gannon & Scott for more than ten years, previously serving as General Manager with responsibility for production operations in both Cranston, RI and Phoenix, AZ.

Peixoto holds a Bachelor of Science degree in Chemical Engineering from Northeastern University and an M.B.A. from Bryant University. Peixoto is a proven leader and highly experienced in the precious metals industry. Prior to Joining Gannon & Scott, he managed the Handy & Harman Refining Group / Attleboro Refining operations in Attleboro, MA, which at the time was one of the world’s largest silver refineries. 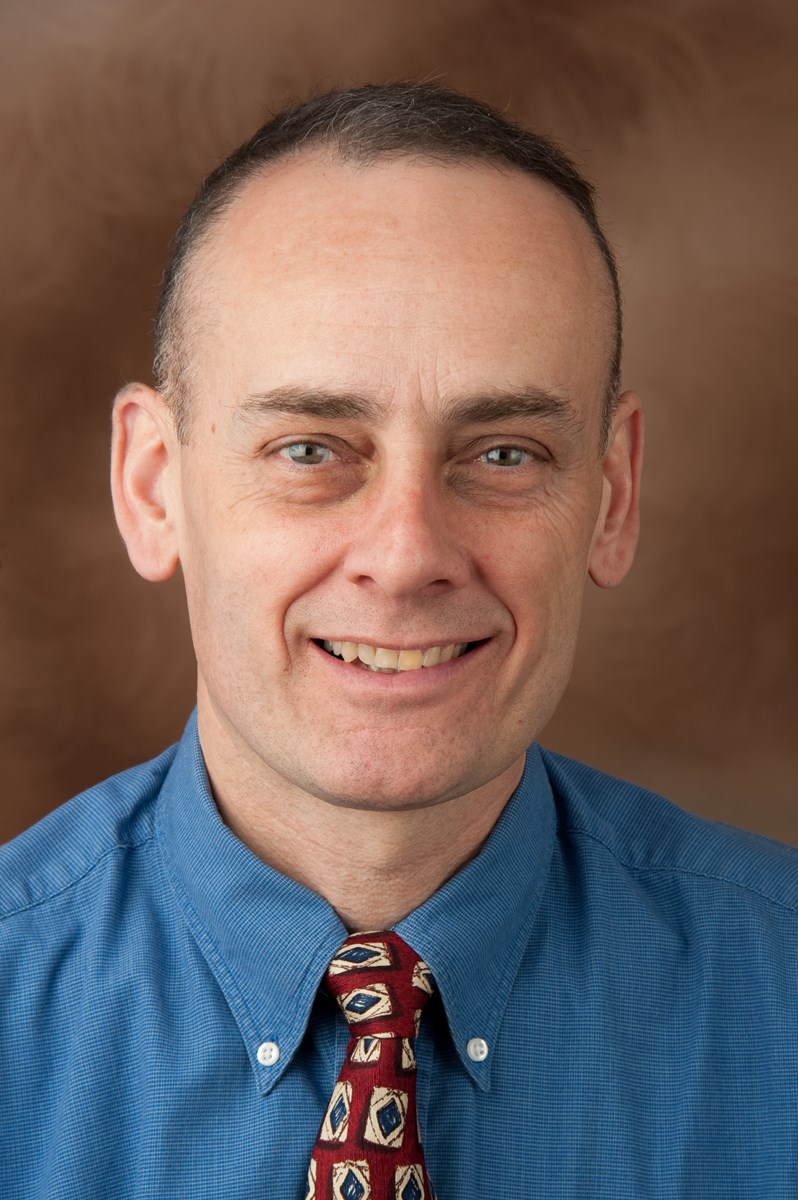 We at Gannon and Scott are pleased to announce that effective February, 2016, Andrew McManus will be General Manager.

He will be responsible for the plant operations in both Phoenix, Az and Cranston, RI, as well as the Analytical Laboratory in Cranston, RI.

Andrew C. Mcmanus comes to us from spending the majority of his career in the precious metals industry.

Join us in welcoming Mcmanus as he brings a diverse group of experiences and leaderships skills to the Gannon & Scott team.

CRANSTON, RI – February, 2016 – Andrew C. McManus recently joined Gannon & Scott as General Manager. He will be responsible for the plant operations in both Phoenix, AZ and Cranston, RI, as well as the Analytical Laboratory in Cranston, RI. McManus holds a Bachelor of Science in Chemical Engineering from the University of Rhode Island and an M.B.A from Bryant University. An Environmental, Health & Safety expert, he has spent the majority of his career in the precious metals field, most recently with Metech Recycling in Raleigh, North Carolina. Over a 30 year time span, McManus has also served in the Active Duty U.S. Army, the U.S. Army Reserve and the Rhode Island National Guard, retiring at a rank of Lieutenant Colonel. McManus brings a diverse group of experiences and leadership skills to the Gannon & Scott team.